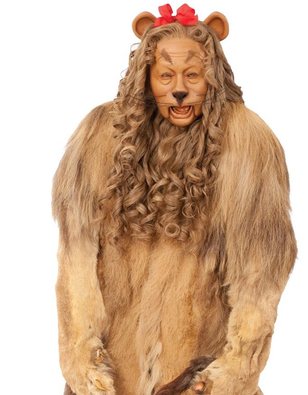 Board Vice-President Lloyd Harwood will be supporting Encore by playing the role of Cowardly Lion.
The entire community is excited about this year’s spring musical production of the Wizard of Oz by Cañon City High School Encore.  Performances will be from Wednesday April 5th through Saturday April 8th.  Tickets are still available.

Last week CCHS Encore represented our community in fine fashion as it performed in front of a National School Boards Association convention audience at the Denver Convention Center.  Legendary director Todd Albrecht is mixing things up in his spring production this year by including supportive community members into the show.  One example of how he is doing this is by employing school board members in the production.  I believe CCSD board vice president Lloyd Harwood will be playing the role of the Cowardly Lion and board director Kristyn Econome was chosen to fill the role of Glenda the Good Witch.

CCSD survived a bit of a scare this week when it found out Cañon City High School principal and retired Air Force commander Bill Summers was offered a role on president Trump’s National Security Council.  Fortunately for our students, Bill has chosen to remain right where he is.

​In turning down this tremendous honor Mr. Summers said, “I discussed it with my wife Stephanie and we agreed that the work I should focus on for right now is completing the transformation of Cañon City High School into a high quality pathways model institution.” 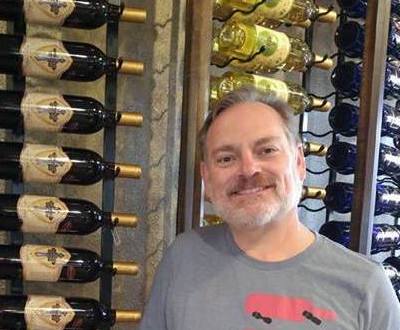 We wish Mr. Oddo the best on his new endeavor!
However, we will soon be seeking a replacement on our board of education for president Larry Oddo.  This week Larry announced he’ll be vacating his seat to focus on a brand new business venture.  The Holy Cross Winery is branching into the cutting edge field of “Capri Sun style” individual wine servings.  Mr. Oddo said he believes this niche market is ready to explode and so needs to put his entire focus on this important work.  We will certainly miss Larry’s leadership on the board, as he has been a steady voice of reason, a keen financial steward, and an advocate in pursuit of educational excellence.  The process for seeking his replacement should take around six weeks as we’ll first post his opening, accept letters of interest, and interview interested persons.  Vice-president Lloyd Harwood will fill the role of board president until we find a replacement. 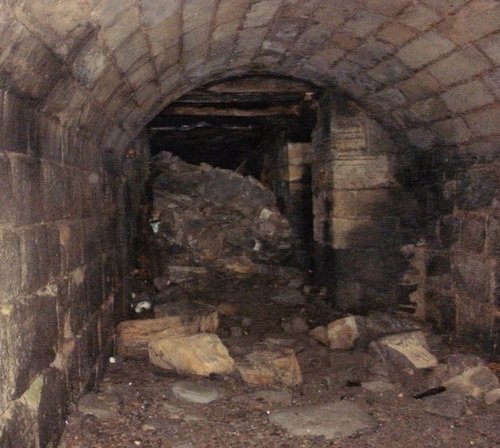 A long rumored tunnel under CCMS was discovered last week!
While conducting a comprehensive facilities assessment at Cañon City Middle School over spring break, Colorado Department of Education facilities personnel discovered a long rumored tunnel access point possibly connecting the former high school property to the downtown tunnel system.  This entry is connected to the boiler room at the north end of the old gymnasium, behind one of our antiquated backup boiler systems.  Operations manager Jeff Peterson told me he had always believed the doorway led to an abandoned coal storage area.  He said, "since we have not heated the building with coal since just after World War II, there has been no reason for us to go in there."  Unfortunately it appears a portion of the tunnel has collapsed, cutting off access to more expansive parts of the City's underground system.

The board of education has finally given me permission to announce the district is purchasing the St. Scholastica property, for a rock bottom price of only $250,000, to execute a plan to convert old dorm spaces into low income housing for newly hired teachers.  This exciting project was proposed by board secretary Mary-Kay Evans.  With education funding systems in Colorado strapped ,and the district struggling to compete with neighboring schools who have migrated to four day work weeks, the district feels the best way to compete when hiring new teachers will be by offering them free housing.  Thanks to a supplemental grant, over the summer the Cañon City High School Home Bi-Ed program will be working with the Pueblo Community College building trades department remodeling dorm rooms, setting up a common kitchen, refurbishing the tennis courts, reopening the gymnasium, and installing dog park equipment on field space that can even be shared with surrounding community members.   Of course pets will be welcome in living quarters, and the district has hopes of reopening the pool facility as a further attraction.  No plans have yet been made to restore the old three story main classroom building, however.
I had the pleasure of meeting with Tammy DeWolfe this week to go over her principal evaluation and, unfortunately, she announced to me that she will be retiring from education at the end of this year to dedicate time in support of the Fremont County Lemur Rescue Project.  Until I spoke with her on Thursday I had no idea just how wide the presence of the illegal lemur trade was in the Cañon City area.  Ms. DeWolfe is simply one of the best principals I have ever worked with and she will be impossible to replace.  However, I wish her the best of luck on this life’s passion project she has chosen to pursue! 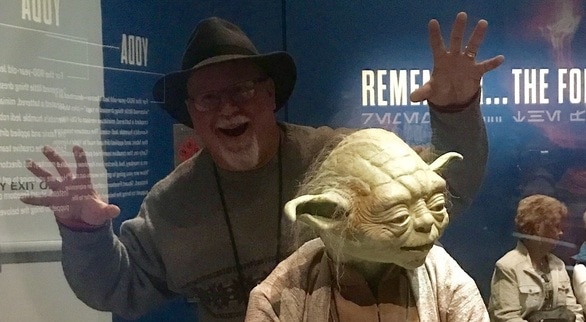 Fan club member of year, I am!
During the past week I conducted five principal evaluation conferences, attended a board work session and meeting, attended the McKinley Elementary science fair and PTO meatball sandwich fundraiser, conducted a SAC meeting, met with a regional superintendent group, participated in a district accountability committee meeting, and worked on BEST grant revisions requested by CDE.  Though all of this work was rewarding, the highlight of my week was when it was announced  by the International Society of Yoda Fans that I was selected as its member of the year.   Excited, I was! 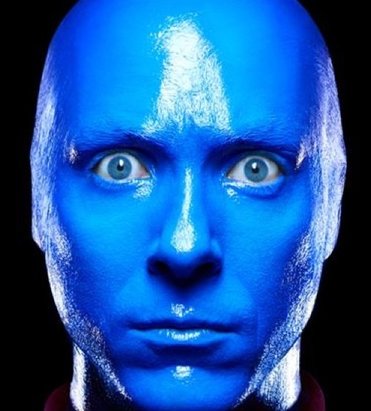 Next Sunday Shad Johnson will reprise his role as a one-time professional member of the Blue Man Group!
During the coming week I will finish 2017 spring principal evaluations, conduct director evaluations, meet with our operations staff, meet with RE-2 superintendent of schools Rhonda Roberts, and attend Encore’s performance of The Wizard of Oz.  However, I will experience an extra  special treat on Sunday evening April 9th when the Southern Colorado Community Band directed by Mike Nolan will perform a special concert titled The Music and Artistry of Blue Man Group Featuring Shad Johnson.  I knew board director Johnson was a one time high school percussion devotee, but never realized he had once performed in Blue Man Group.  This should be an extra  special treat for the entire community.  Tickets are still available and the performance takes place at the Delpizo Auditorium at Cañon City High School.

​On a final note, I appreciate how each of you spend the time carefully digesting my weekly effort to communicate with you about the important things going on in our school district!

Have a Happy April Fools Day, I hope you will!