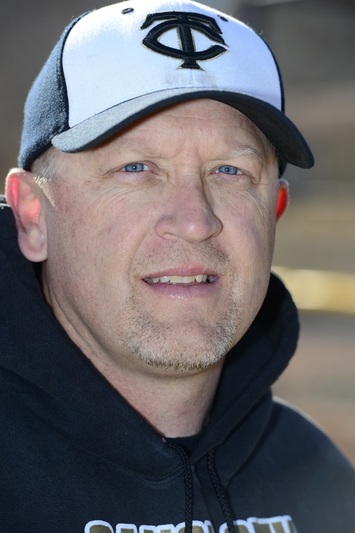 Coach Ritter won his 200th game this season!
Our board of education offered a slew of kudos last Monday, including congratulating Pauline Carochi for her achievements related to speech and debate sponsorship, Todd Albrecht for all he does in our performing arts programs, and Dominic Carochi, Adam Hartman and Jamie Murray for the great work they did securing our $900,000 Early Literacy Grant.

With the high school varsity baseball season ending last Saturday I want to thank coach Tim Ritter for another great season and to congratulate him on achieving his 200th coaching victory this year en route to a league championship title and an opportunity to host a first round state baseball contest.

I also thank the many great educators who have gone above and beyond the call of duty this past week in offering great experiences for our kids.  CES teacher Carrie Hanenberg took her PE classes on 2 days of bike rides this week along the Skyline trail system.  Meanwhile Harrison teacher Cassie Norden organized a Battle of the Books tournament among 4th and 5th graders from Harrison, CES, McKinley, Penrose and Fremont Elementary schools.  Finally, CCMS Title I Students were given an opportunity to visit Dairy Queen and Dominos to learn about how reading, writing and math are used in the work world.

On Thursday evening we received word that our Expelled and At-Risk Student Services grant has received preliminary approval from the colorado Department of Education.  We have to make some adjustments to the grant, but the end result should be the implementation of Work Sessions for students at-risk of failing courses at Cañon City High School and the creation of an alternative suspension program as well. 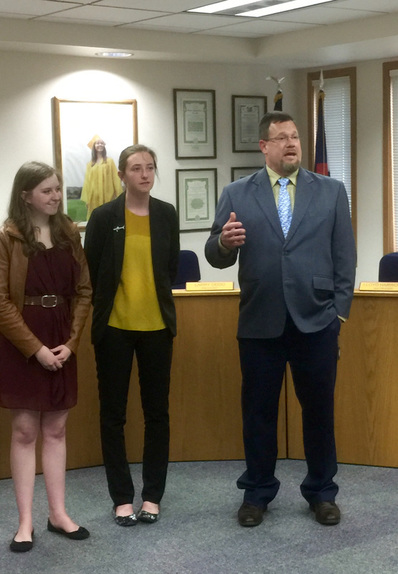 This week we will interview and hopefully pitch offers to candidates competing for our open director of special services and district literacy coordinator positions.  We will also begin training staff members in the assessment package used by our literacy partners at Lindamood-Bell.  After doing this, we will assess students we have identified to possibly attend our first summer school reading academy during which we’ll instruct Visualizing and Verbalizing and Seeing Stars interventions.

Director of finance Buddy Lambrecht presented a roughly 37 million dollar budget package to the board of education for preliminary approval on Monday evening.  Though we have slightly reduced staffing levels across the district, and have actively sought every possible grant that might support the direction we are headed, the end result is we still only have a little more than $300,000 remaining after annual PERA and insurance increases with which to seek to reward our hardworking employees for another year of dedicated service.  This is the dollar figure we are discussing with our employees through negotiation processes.

Cañon City Education Association and Cañon City School District continued negotiating updated master agreement language from 4 PM to 7 PM last Wednesday, with dinner provided by Administration. This week, certified and classified negotiations teams heard a budget presentation from director of finance Buddy Lambrecht.  Then we began to work on story, interests, and options addressing the issue facing the district regarding the effect six years of step freezes has had on employee placement on salary schedules.  After this was accomplished negotiators agreed to merge the issue of step freezes with that of negotiating salaries and benefits.  Work will continue work on this Wednesday, May 18th, and will take place from 2 PM to 8 PM. 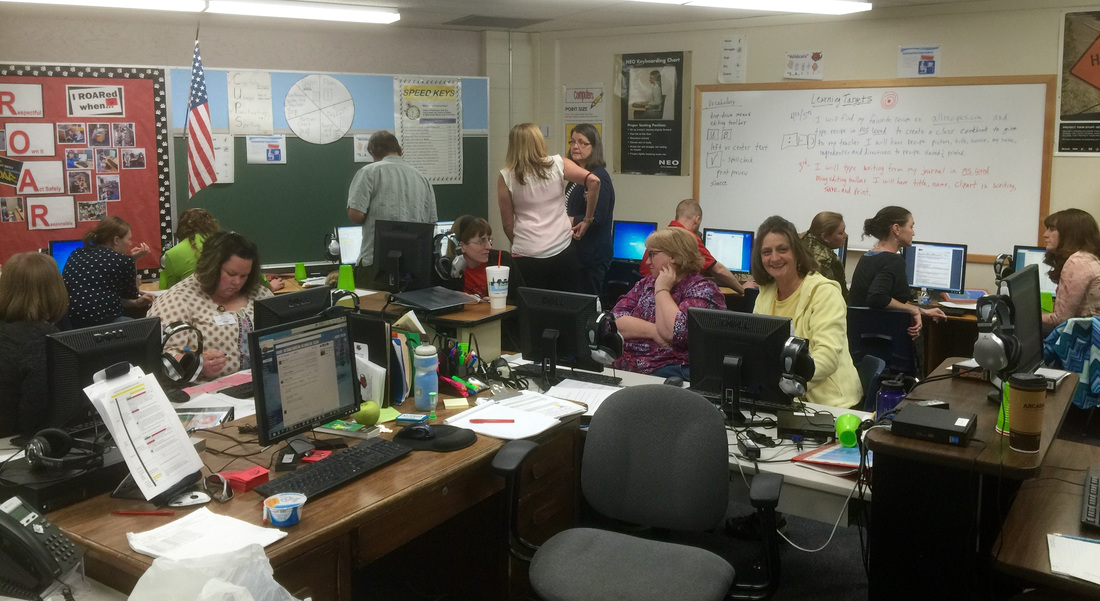 On Wednesday McKinley teachers crunched student reading and math achievement data.
On Monday I participated in Cañon City High School principal interviews, a board work session, and a regular board meeting. On Tuesday I held SAC and district leadership team meetings.  I also attended a retirement tea at CES and a district safety committee evening gathering.  On Wednesday I met with classified association leaders in a monthly meeting to touch base,  then worked on our annual safe schools report to CDE with director of student support services Paula Buser, and attended another master agreement negotiation session.  On Thursday I spent time in McKinley Elementary and Lincoln School of Science and Technology while working on evaluations and preparing for our district accountability committee meeting.  I also hosted a regional manager’s meeting, and then conducted our final district accountability committee meeting of the year where we finalized our academic plan for improvement.  On Friday I attended a Fremont County Executive Directors luncheon hosted by Fremont County DHS, and attended a series of meetings.

On Monday we’ll interview and hopefully recommend a new director of special services.  By the end of the week we also hope to hire a district literacy coordinator.   On Monday afternoon I’ll attend the district employee retirement party.  On Tuesday a slew of district employees will be trained by the folks at Lindamood-Bell in a number of reading assessments.  I’ll peek in on that, meet with newly hired CCHS principal Bill Summers, connect with CCEA leaders for a monthly meeting to touch base, and end the day in a Cañon 20-20 task force meeting.  On Wednesday we’ll hold a certified negotiations marathon session from 2 PM to 8 PM.  On Thursday I’ll spend the entire day in classified salary negotiations. My schedule on Friday is somewhat open at the moment, though I don’t imagine that will last.