During December I’ve been wrapping up my effort to communicate the happenings of the Cañon City School District through Echoes from Cañon in four final installments outlining the state of the school district as I see it before Adam Hartman becomes our chief executive officer on January 1st.

After six and a half years of doing this on a consistent basis, this is my final installment.

The Financial Condition of the District 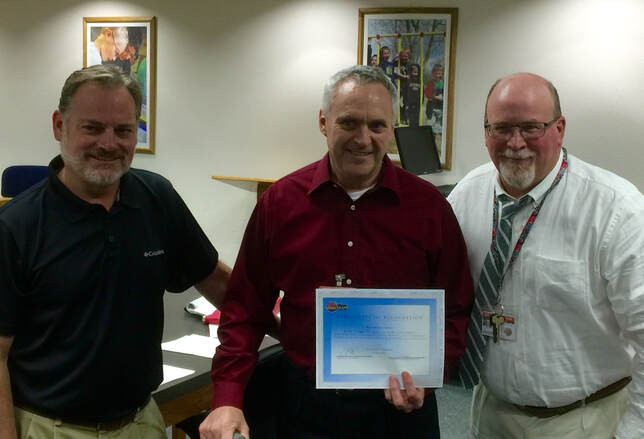 Upon arriving in Cañon City I discovered I was blessed with some folks who guided the district through the Great Recession with steady hands, Larry Oddo and Buddy Lambrecht.
When I arrived in Cañon City the district was financially strapped. This was the result of years of hefty public education funding cuts in Colorado in response to lower revenues driven by the Great Recession.  It’s my opinion my predecessors, both on the Board and in the district office, masterfully navigated these reductions, making key decisions to keep alive outstanding programs in the fine arts, extracurricular, and vocational realm. They also made hard decisions to retain as many people as possible to serve our children, while temporarily forgoing building improvement and maintenance.

This left Cañon City Schools in a good position to pivot when financial times got better.

Our General Fund balance at the end of Fiscal Year 2016, a year for which I did not participate in the budgeting process, was 6.9%. Despite this too-low figure, the balance actually increased by $183 thousand due to expenditures being less than revenues thanks to acquisition of some minor grant funds during my first year at the helm.

On July 1, 2016 the total assets of the district stood at just under $48 million, with the actual net position of the district being listed as -$31 million. This negative number was due to a new accounting practice requiring school districts to list their state’s public employee retirement unfunded liability, which stood at almost $40 million that year.

Our 2016 audit noted the industry standard minimum fund balance should be at least 8% with a recommendation that, if at all possible, three months operating expenses be kept in reserve.  It was at this time our Board set what we thought might be an unrealistic goal to reach a 15% operating reserve at some undisclosed point in the future.

Fast forward to 2021 when our recently completed audit reflected a General Fund balance of 24% with total district assets of more than $110 million and a net financial position in the black at just under $9 million, despite a continuing $50 million dollar pension liability. 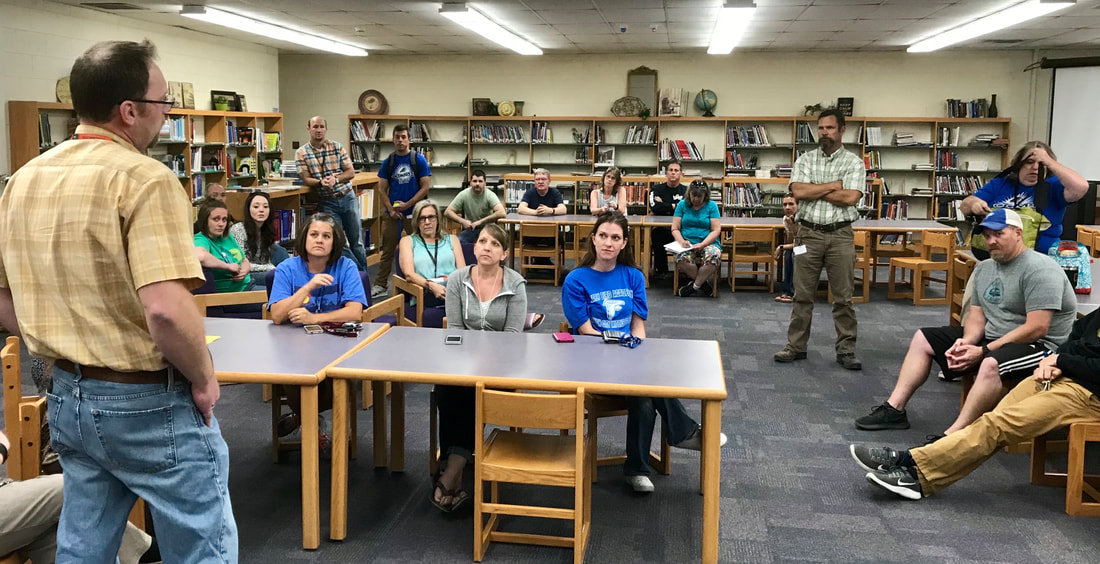 Then Principal Tim Renn had the pleasure of announcing to his staff at Canon City Middle School that our application for a Building Excellent Schools Today grant was approved and they would be getting major improvements to their school. 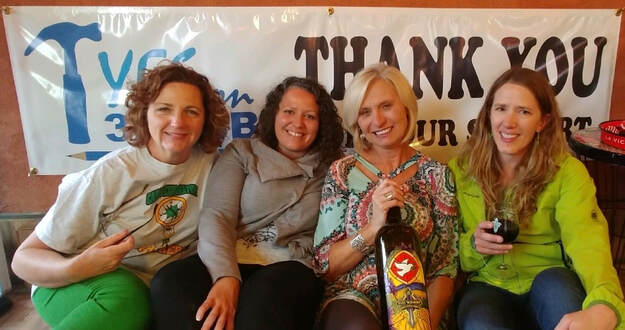 Two tax questions were approved by Cañon City voters thanks to the efforts of Kelly Albrecht, Jamie Davis, Della Rieger, and Megan Merry-Numsen.
What changed between 2016 and 2021?

A slight decrease of the budget stabilization factor, the negative funding factor Colorado imposed on school districts in reaction to the Great Recession has certainly helped. However, this remains at nearly half its original level as was established back in 2012.

Advocating for and receiving targeted funds to support rural school systems has been a bonus as well, allowing us to purchase technology and upgrade our vehicle fleet while also repairing some facilities.

However, it is my contention the district’s aggressive stance toward securing grants and tapping into its community assets has been the biggest difference maker on its financial stability front.

In all, district staff has secured approximately $70 million in grant funding for Cañon City in the past six years. Add to this the passage of a mill override and bond election in November 2017, and we’ve also been able to increase employee salaries and benefits, significantly improve the upkeep of our facilities, and purchase and update a bevy of instructional resources, including putting technology devices in the hands of every student and staff member.

Back in 2015, the cost of day to day facility maintenance and improvement was a gigantic burden on our annual budget. Having addressed many of these issues through local and grant based resources has allowed us to to focus on and invest in an updated vision for educational outcomes.

In March 2021 Washington Elementary students cut the ribbon on their new school. 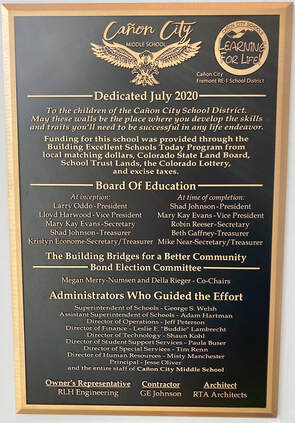 In 2015 the district’s property related debt totaled $21.6 million. Much of this was related to the Harrison/CCHS construction bond of 2004 ($16 million remaining, roughly $24 million at its inception). The remaining $5.6 million was tied to capital leases that included HVAC, lighting, and general facility upgrades tied to a number of low interest Qualified Zone Academy Bond (QZAB) loans.

It should be noted that the Cañon City School District has refinanced the 2004 bond twice, taking advantage of lower interest rates each time to save taxpayers some money.

So, though our long term debt has increased over the past six years by about $4 million, the district has actually parlayed that into right around $70 million in facilities improvements.

Changes in Our Tax Rates 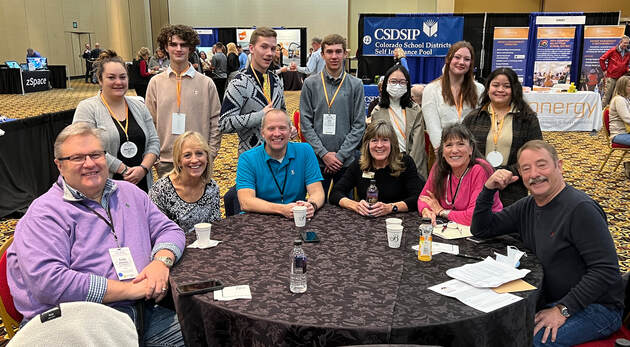 Our new governance team is poised to lead the school district to even greater success!
As the district focuses on its future, the closing of my chapter should include an analysis of the local tax burden born by Cañon City School District residents dating back over the past 17 years.  I do this because I wish to illustrate the impact the past two successful tax questions had on taxpayers.

In 2003 voters approved a ballot question to raise roughly $24 million dollars to build a new Harrison K-8 school and to add a new wing on Cañon City High School.  At the time those funds were raised, the increase in local taxes came to 9.932 mills per personal property owner.  In fact, the total mill rate for Cañon City Schools taxpayers for the 2004 tax year came to 42.029 mills.

By 2017, thanks to the district’s refinancing of the 2004 bonds to take advantage of lower interest rates, the total mill rate for Cañon City School District taxpayers had dropped to only 35.174.  Of course that year we also passed a second bond question for a total of $18 million and a 10 year mill levy override aimed at bringing in $1.385 million annually for specific operations.

The first year the full impact the 2017 tax question hit was 2019 when the total mill rate for Cañon City Schools taxpayers rose to 46.450.  However, thanks to economic and personal property growth in Cañon City, this has already dropped to 41.597, almost a full mill below the rate of our 2004 levy.  This is despite the fact that what we are getting for these mills amounts to 2 new schools (Harrison 2006 and Washington 2020), two major school upgrades (CCHS 2006 and CCMS 2021), improvements on 5 other schools, and paying off the Mountain View Core Knowledge Charter School building loan, in addition to an operations override.

Other facts worth noting are that when we passed our mill override in 2017 we needed to levy 5.861 mills per personal property owner to collect the $1.385 million annual commitment.  The cost for this to personal property taxpayers in 2022 has already dropped to only 4.373.

By the same token, the original 5.937 mill increase to pay for safety and building envelope upgrades to CCHS, CES, Harrison, Lincoln, and McKinley, pay off the MVCKS building loan, build a new Washington School, and significantly upgrade CCMS has already dropped a mill and a half to only 4.449.

I bring all of this to your attention because in 2024 the Cañon City School District is scheduled to reduce the local personal property tax burden by 5.689 mills and in 2028 our annual override of 4.373 is scheduled to sunset.  By then, if current trends continue, it is also likely our annual mill rate will naturally drop another 1 to 2 mills because of increased personal property.

My advice to the community about all of this as I head out the door?

​I encourage the district to find a way to remove the sunset on the mill override so it can sustain the compensation increases, facilities maintenance, technology initiatives, and financial commitments to its charter and preschool programs currently tied to it.

I also encourage the district to put a question in front of the community in the near future that allows a portion of the 5.689 mills tied to the Harrison and CCHS construction projects to go away, while seeking to retain some of them to be leveraged with Building Excellent Schools Today grant funds to modernize the oldest sections of Cañon City High School, Cañon Exploratory School, Lincoln School of Science and Technology, and McKinley Elementary School.

Lincoln and McKinley, though in fine structural condition, were built for the world that existed in the 1940s and could use some updating.

The oldest sections of CCHS were built in the 1960’s and CES, perhaps the facility in the best condition, was completed back in the 1970s, 50 years ago!

To me, it would be a shame to allow these facilities to fall into the same level of disrepair CCMS and Washington were in when I began my work here.  Modernizing them soon by leveraging the BEST program as we did for our recent projects will have a positive impact on student learning, community economic development, and the overall financial operations of the school district for years to come.

What’s Next for Canon City Schools? 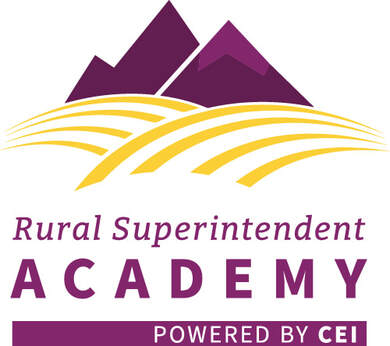 In Superintendent Adam Hartman and our current Board of Education, including President Robin Reeser, Vice-President Mike Near, Secretary Beth Gaffney, Treasurer Todd Albrecht, and Assistant Secretary-Treasurer Molly Merry, I have never been more confident that a district has been placed in good hands.

All are committed to moving forward with the vision, mission, core beliefs, and profile of a graduate that have been put in place in the last four years.  It is my suspicion they will push this work further than I could ever imagine.

As I transition into my new life, I wish to remind everyone the best investment this community can make with the resources it is currently blessed is to continue to push for a wide variety of student-centered, student driven learning opportunities that are deeply relevant to the future each child will face.

I also encourage the district to continue its effort to quantify the progress each school is making toward the district vision through the annual Instructional Program Review process.  Long ago I learned that what gets measured gets better. 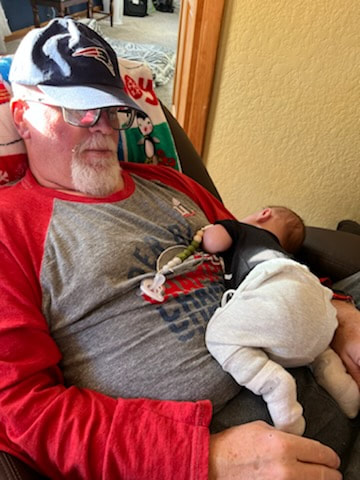 What I will be doing from here on out?

This spring I'll support Superintendent Hartman by remaining available as his mentor and focusing on some special projects.  These include updating our facilities master plan (just in case the district chooses to act on my advice about future building improvements), updating our Unified Improvement Plans, seeing through the planning for and faithful expenditure of federal COVID stimulus funds the district has been blessed to receive, preparing Mr. Hartman to effectively advocate for the district’s needs at the local, state, and national level, reviewing and bringing up to date all board-superintendent policies, continuing to fill the role of the district’s student expulsion hearing officer, preparing and submitting next year’s federal grant programs applications, facilitating the creation and adoption of a 22-23 school year calendar, and conducting a process to review current school boundary/attendance zones.

I’ll be engaged in this work for 70 days from January 1st through June 30th.  After June 30th I will no longer be a full-time employee of the Cañon City School District.

Along the way, I’ll put more focus on my passion to prepare 10 people each year to eventually fill leadership positions in Colorado’s rural school districts through the Colorado Education Initiative’s Rural Superintendent Academy.  My hope is to do this for 10 years, positively impacting 100 individuals and potentially 100 school districts.

I thank you for listening on a regular basis and staying informed about the Cañon City School District for the past 6 and a half years.  It has been a pleasure to serve as your Superintendent of Schools.

​I also thank you for placing your trust in me!