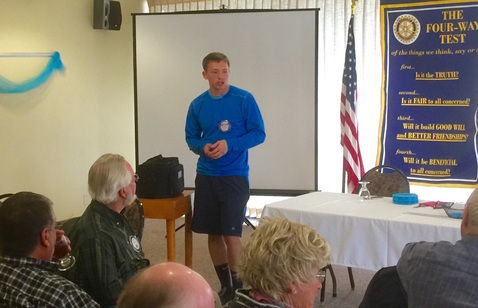 Matthew Manfredo was just named a Daniel's Scholar.
Since most of our staff members have been on spring break this past week I thought I would focus my attention on some great things our kids are doing at Cañon City High School.

First, we just got word this weekend that CCHS senior Matthew Manfredo was named a 2016 Daniel’s Scholar.  The Daniel’s Scholarship is one of Colorado’s most prestigious, and lucrative, academic awards.  It will provide Mr. Manfredo with four years of paid tuition to attend the college of his choice, in state or out, while also making him part of a highly trained, highly prepared and supported cohort of post-secondary students, some who will be his friends for the rest of his life.  Congratulations on this fantastic achievement Matthew! 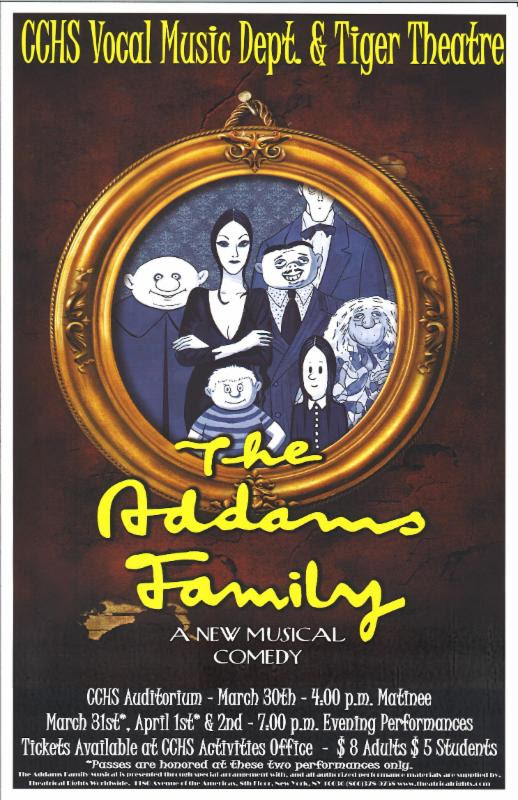 I would also like to highlight the outstanding Advanced Placement test participation CCHS has garnered this spring.  Last week I got a report that 75 of our students will be taking 94 AP exams in May.  As I understand things, for many years we have had high student enrollment in AP coursework, but for one reason or another many have chosen not to take the test to earn the college credit.  I would like to offer Kudos to our teachers, counselors, and administrators for the work they have done expanding opportunities on this front, and to our hard working students for being willing to take this risk to take the tests.

On another academic front, last week we got work from Pueblo Community College that 14 of our students will be graduating through the Gateway to College program this May.  The Gateway program offers the opportunity for CCHS students to graduate from college while also earning college credit and taking coursework in a college environment.  The program offers wonderful savings to families, as students earn transferable college credit at no cost to themselves.  It also serves as an alternative to our traditional high school setting, quite effectively meeting the needs of some of our students who simply need a different way, or reason, to learn.

On a final note about student excellence, while many of us were enjoying our spring break Mr. Todd Albrecht, Mr. Andrew Fisher,  and their outstanding theater and vocal students were hard at work all week on final preparations for a spring 2016 performance titled The Addams Family Musical.  This show will run March 30th through April 2nd and, after already having an opportunity to preview a short rehearsal, I can guarantee this performance will be every bit as good as we have come to expect from our very talented performing artists.

Last week I spent time outlining a proposal for an Expelled and At-risk Student Support (EARSS) Grant.  This state program is aimed at reducing out of school suspensions and expulsions of students, specifically in areas overrepresented by at-risk population categories.  Our grant writing focuses on developing additional systems of support for students through the development of a more robust in-school-suspension program, and through the implementation of a Work Sessions concept championed by CCHS teacher Sharon Schott that holds students accountable for doing all classwork while also supporting them in doing so.  This grant application is due Monday April 4th, so I’ll be spending a lot of time this week and over the coming weekend completing it.

Last week we also began work on building staff level recommendations.  On Thursday director of human resources Misty Manchester, director of student services Dominic Carochi, director of finance Buddy Lambrecht, assistant finance director Kerri Peterson, and I spent time going through each school’s recommendations, including looking closely at current school populations by grade level.  As a result we have penciled in preliminary suggestions we will share with principals as they plan their final staffing patterns for the 2016-17 school year.

Finally, for our board of education meeting this Monday I have submitted recommendations for the renewal and extension of a series of principal and director contracts.  This is a routine annual item I like to accomplish before the 1st of April in hopes our folks who are doing great work on behalf of our children can feel more secure in their district roles.

On Thursday community leaders met to advise PCC staff on future initiatives.
Though it was spring break I spent a little time in the office each day with my main goals being writing this weekly blog, catching up on general office paperwork, attempting to plug student learning outcome information in to our teacher evaluation online platform, working on our EARSS grant application, attending meetings about expanding college scholarship opportunities for low income students, attending a PCC advisory council meeting, and tending to various school safety administration items.

This Monday, in addition to our afternoon board meeting and work session, I have a meeting scheduled with Beth Gaffney about technology purchases for CES and next year's staffing level.  On Tuesday I will start my day at a CCHS faculty meeting, attend a superintendent’s advisory council session, participate in a meeting about new college placement processes being considered at Pueblo Community College, and participate in an evaluation task force meeting related to spring contract negotiations.  On Wednesday I’ll work on EARSS grant writing and finalizing required follow-up responses for the BEST grant we submitted in February.  I’ll also be meeting with director of student support services Pauls Buser and health and wellness coordinator Kristi Elliott about building health education and wellness goals into our annual Unified Improvement Plan.  I’ll do more grant writing on Thursday and I look forward to attending the 7 PM showing of The Addams Family Musical.   On Friday I plan to attend a ceremony honoring Molly Merry for the role she played starting Cañon Exploratory School, and then will be a “celebrity waiter” at a PCC scholarship fundraiser being held in the downtown Cañon City area on Friday evening.    I will also be holding some in-building office hours at schools this week as I can work on grant writing and answering email by bringing my computer with me.

The Way I See Things 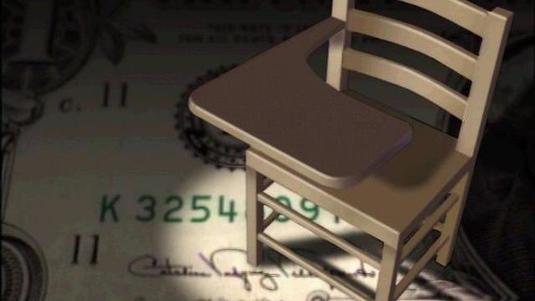 Several weeks ago I indicated I would begin including information about education funding issues in Colorado and I have finally outlined what I would like to accomplish.  This week I will discuss how we are funded.  In future installments I will share information about school finance issues, Colorado’s constitutional revenue generating constraints, recent attempts made to address school finance concerns, upcoming efforts being made to address school finance concerns, and what the status of school finance is here in the Cañon City School District.
Colorado’s K-12 education system runs through a finance act originally created in 1992.  Though it is quite a complex formula, the basis of its operation is related to district pupil count.  At the beginning of October each year Colorado’s school districts inventory pupils and submit information to the Colorado Department of Education.  CDE takes this figure, including demographic information such as the number of a district's special education, free or reduced lunch, online, 5th year college, and English language learner students, and places it into a formula that also takes into account a local cost of living factor, a size factor, and now something that is called the Negative Factor.  The result is a 320 line spreadsheet spits out a per pupil funding figure that differs from district to district depending solely on its location and the make-up of its population.

A contrasting example to Cañon City and Florence funding is that of Summit County Schools, which has 3,294 students (440 fewer than CCSD, but more than twice as many as Florence) but gets $7,594 dollars per kid through our state funding mechanism.  Why does this district that is far larger than Florence get more dollars per kid?  This is because a regional cost of living factor is applied.  When you look deeper at these districts it is notable that this larger per pupil funding rate exists despite Summit having a smaller at-risk population, only 25% compared to Florence at 35% and Cañon at 45%.

A final piece to this introduction to how Colorado’s school finance system works is the consideration of where these per pupil revenue dollars actually come from.  One nice thing about our formula is that no matter what the per pupil revenue dollars are, each school district will receive them.  The difference lies in how they are paid for.  This depends on local property values.  As a result Cañon City provides about 30% of its own total program funding through property taxes, while the Colorado Department of Revenue kicks in the other 70%.  Florence property taxpayers cover about 25% of their revenue costs, with the state kicking in the other 75%.  Meanwhile Summit taxpayers, whose total property values are worth nearly 1.4 billion dollars more than those in Cañon City, pay 78% of their total per pupil revenue costs while the state covers the final 22%.  Another way to look at this is to understand that the base tax mil rate for a Cañon City School District resident is set at 27, while Florence’s is set at 15.2, and Summits is only 10.6.  These are the base rates are set by the state, and can only be adjusted upward through a mil-levy override vote.   Because of this, they certainly seem to be a bit inequitable.

I know this is a bit of an abrupt ending point, but in upcoming posts I'll discuss long term trends around school finance in Colorado, including the effect the Negative Factor has had on school districts and where Colorado ranks in the nation in funding K-12 public education.

Thanks for listening once again.